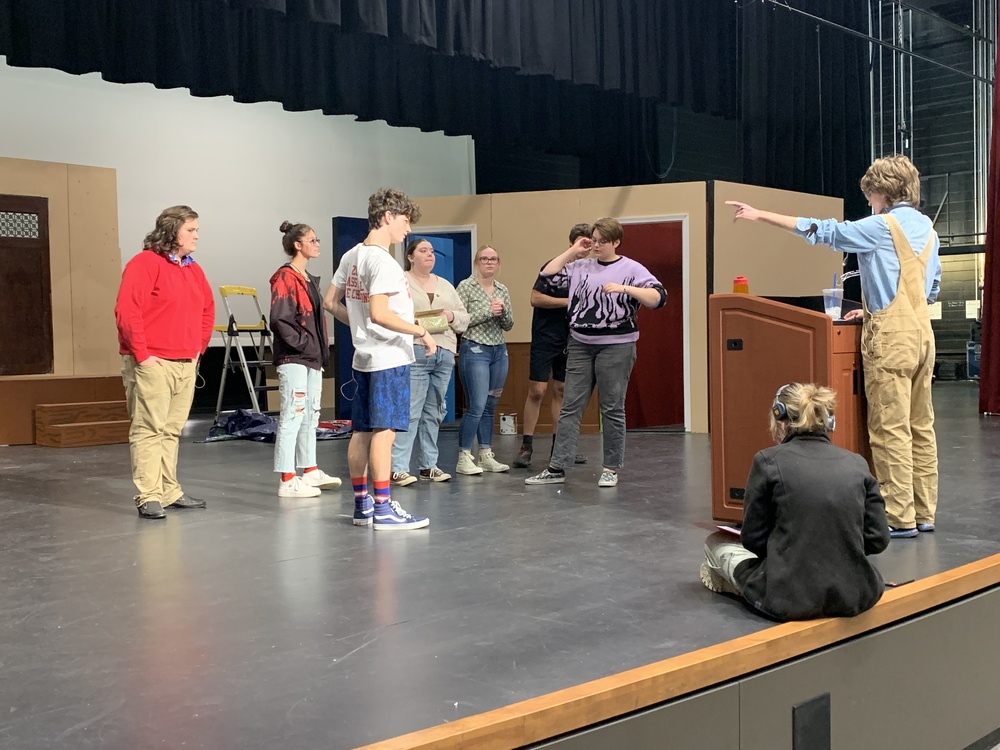 Opening night for the Sanford High School Theater Club’s production of 'Clue' is right around the corner.

The production is based on the 1985 Paramount movie which was inspired by the board game 'Clue', a hilarious murder mystery.

“Everybody loves a murder mystery,” said senior Azline Maurais, who plays the role of Mrs. White.

The theater club has been working tirelessly to prepare for opening night, which is scheduled for 7 p.m. Friday, November 18. The production is directed by SPAC director Brett Williams, Kristie Baker and Bryce Brittingham. Cast members say they’ve been working since early September to memorize lines and locations, and block scenes.

“We would set up a scene and how it’s going to look, and we would have a due date for memorizing locations,” Maurais said.

“We’ll get there,” added sophomore Ben Terril, who plays Professor Plum. “In the next few weeks, we’re going to be good.”

Members of the theater club have set up posters around Sanford to local businesses to get the word out  for opening night.

Senior Hannah Baker, who plays Mrs. Peacock, appreciates the humor the murder mystery brings and is ready to perform in front of the community.

“I’m very excited for Sanford to see it because it’s probably the funniest show we’ve done in a while, so it will be kind of a refreshing show to do.”

“Especially with everyone on stage at once,” Terril added. “A lot of the time, we’re all up there together.”

As for opening night, the crew agreed that they’d love to see a full Performing Arts Center, cheering them on.

“I would love to see (SPAC) full,” Kaylin said. “Especially after Mama Mia where we sold out almost every single night. It would be really nice to see that again. I’m also hoping they bring the energy so that it’s a lot easier for us to perform because we feed off the audience’s energy.”