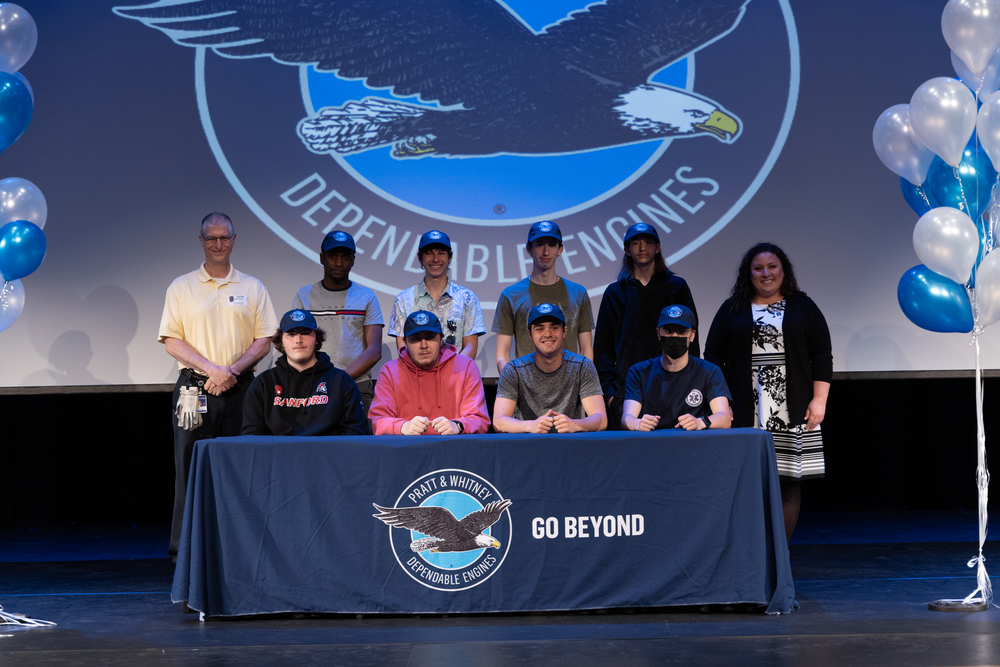 Recently seniors from SRTC took part in a celebratory signing event with Pratt & Whitney where they declared their intent to join the company. The process began in March when representatives from Pratt & Whitney invited students from our STEM programs to a presentation about their company. The students learned about the opportunities at Pratt and Whitney, starting from entry-level positions for new high school graduates to different career paths that are available as they stay with the company. Interested students participated in follow up activities during the spring at the plant in North Berwick. They attended a series of workshops including resume writing and interview preparation as well as touring the manufacturing facility and learning what to expect as an employee at Pratt. Eight SRTC seniors, coming from a variety of programs; Precision Manufacturing, Engineering Applications with Robotics, Emergency Medical Services, Electrical Wiring, and Computer Network Systems, were offered and accepted employment, which will begin after graduation. Pictured with the students are Michael Papp, Executive General Manager and Lorelei Ritchey, Senior Director of Operations, both from Pratt and Whitney.