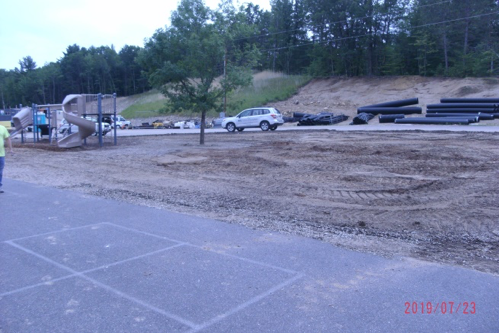 It has been awhile since I have update everyone on the progress for the addition and renovation of Margaret Chase Smith School.  To date great progress is being made as the site is officially a construction zone with a fence extending to the entrance ways has been put up.  The individual rooms on the second floor of the addition to Margaret Chase Smith School have been sheet rocked, mudded, taped and is being painted.  Last week sheet rock for rooms on the first floor started.  Brick work has started on some exterior walls.  Demolition work has started on the original school structure with an exterior wall from our cafeteria being demolished as well as the canopy to the front of the building being taken down.  Work has also occurred in leveling one of our existing playgrounds and an access fire road is being excavated on the side where our portable classrooms were.  I am hoping the pictures I include will do a better job of indicating the exciting progress that is being made to MCS. 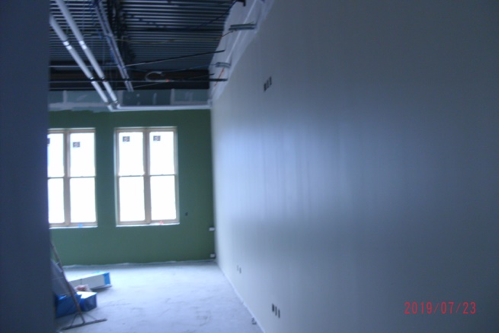 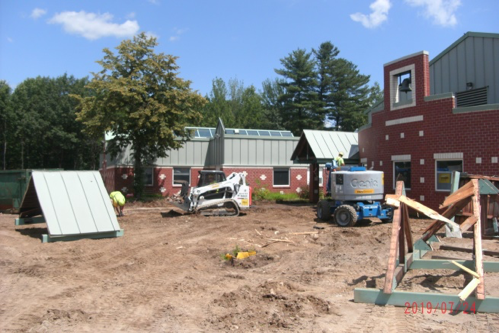 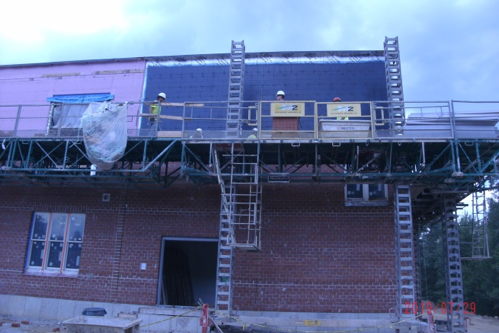 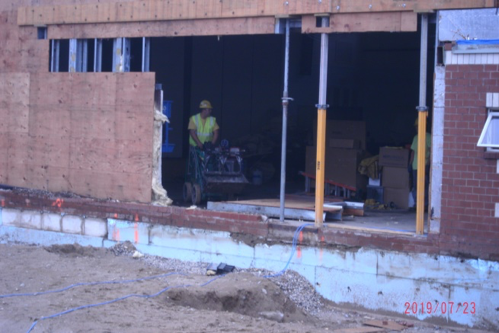